CLEVELAND, OH - SEPTEMBER 10: Richard Bleier #48 of the Baltimore Orioles pitches against the Cleveland Indians in the seventh inning at Progressive Field on September 10, 2017 in Cleveland, Ohio. The Indians defeated the Orioles 3-2, (Photo by David Maxwell/Getty Images)

The Baltimore Orioles have seven arbitration-eligible players and a deadline of December 2nd to tender a contract or not. We’re looking at one player whose status is uncertain.

If the excitement over recent 40-man roster decisions has since worn off and you’re looking for your next offseason fix, you shouldn’t have to wait very long after the Thanksgiving holiday. By December 2nd, the Baltimore Orioles must make a decision as to whether they will tender a contract or not to their seven arbitration-eligible players.

There are a few no-brainers when it comes to this deadline. OF/1B Trey Mancini will be tendered a contract, as will IF Hanser Alberto. RHP Miguel Castro is coming back, his stuff is too electric and his second-half performance warrants another season. But there are a few question marks.

RHP Dylan Bundy will be tendered a contract, if he isn’t traded before the deadline. The Athletic’s Ken Rosenthal recently noted that the Orioles are open to trading Bundy, along with everyone else on the current roster. The same goes for RHP Mychal Givens.

There has been plenty of talk about non-tendering IF Jonathan Villar due to his projected $10 million salary. If the Orioles want to trade Villar, I get it. However, non-tendering your leader in Wins Above Replacement, the only threat on the basepaths, and a switch-hitter coming off a career-year seems absurd. But as Mike Elias mentioned just a few weeks ago on the first offseason Hot Stove Show on 105.7 The Fan, tough decisions fueled by finances are going to be made.

That leaves LHP Richard Bleier. Will the Baltimore Orioles tender Bleier a contract by the December 2 deadline?

Richard Bleier’s finds himself on the roster bubble for the Baltimore Orioles.

Let’s look at Bleier’s past, current situation, and the pros and cons of keeping him around for another season.

A 6’3″ lefty out of Florida Gulf Coast University, the Texas Rangers used a sixth-round pick on the 2008 Atlantic Sun Pitcher of the Year in that same year’s draft.  After working his way up to Triple-A in 2013, Bleier was selected by the Toronto Blue Jays in the Rule 5 draft and spent the next two seasons pitching in the minors for Toronto and the Washington Nationals.

He made his debut back in 2016 with the New York Yankees, pitching to a 1.96 ERA and 1.04 WHIP across 23 innings. Bleier eventually made his way to Baltimore before the 2017 season in a trade with New York.

In his first season with the Orioles, Bleier was one of the more effective pieces out of the bullpen on the roster. Making 57 appearances, Bleier went 2-1 with a 1.99 ERA and 1.18 WHIP. He may have recorded just 26 strikeouts in 63 innings, but his sky-high 68.8% groundball rate kept the ball in the yard.

He followed up his 2017 season with much of the same in 2018 before a lat injury ended his season. Bleier posted an ERA under 2 (1.93) for the third-straight season to start his career and gave up no home runs in 32.2 innings of work. He also saw his strikeout numbers increase a bit (11.3%) and his already minuscule walk rate drop to 3%.

Bleier made $572,500 last season and is projected to make $1.1 million in arbitration, according to MLB Trade Rumors. Is he worth keeping around for another season?

Despite not being fully recovered from his 2018 injury, Bleier made 53 appearances with the Orioles last season, finishing with a record of 3-0 and a career-high ERA of 5.37. It was the first season in his four years where he finished with an ERA above 2.00.

The takeaway is that he produced similar results to his previous years in the system, only with an inflated ERA, hurt by a less than stellar defense behind him. His velocity returned to his 2017 numbers and his pitch usage remained consistent, while many of his numbers including his groundball rate, chase rate, and weak contact numbers all remained consistent.

Bleier saw his strikeout rate jump to 12.8%, the highest percentage of strikeouts as an Oriole, and his walk rate remained steady at 3.4%. Opponents hit .291 against him, however, Baseball Savant shows an expected batting average of .257, the lowest of his career.

Bleier isn’t going to blow anyone away and instead relies on a strong defense behind him to field a high percentage of groundballs opponents produce against him. His career GB rate of around 63% is a highly coveted asset in Camden Yards.

He’s also another year removed from surgery and has an entire winter to treat the kinks that stuck around throughout the season. But there are concerns.

Whether or not to tender a contract-

He will be 33 next April and the lat injury issues could continue to linger around. There’s also plenty of youthful and promising bullpen arms already up in the majors (Hunter Harvey, Dillon Tate) or close to reaching the majors who deserve a look and their share of innings.

Bleier likely won’t be around on a contending club, so would it make sense to not pay him north of $1 million and instead use his roster spot on a younger arm? How valuable is his leadership in a very young bullpen? Bleier is clearly a clubhouse leader and someone hard to root against, but will he return in 2020? 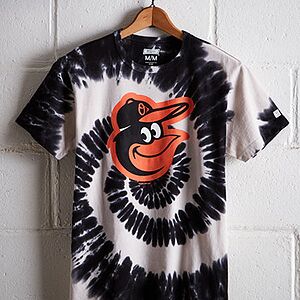 If Mychal Givens is traded and Richard Bleier is non-tendered, that leaves a lot of innings to replace and a bullpen void of much in terms of veteran leadership. It’s not an easy decision.

Personally, I’d like to see the Orioles tender Bleier a contract. I like his groundball numbers, his ability to limit home runs (we’re putting an asterisk on 2019 home run numbers, right?), and his proven track record out of the pen. It doesn’t make much difference in the grand scheme of things, but it’s something to talk about at the moment.

Next: A Look At All Seven Arbitration Eligible Orioles

So, what do you think? Should the Baltimore Orioles tender Richard Bleier a contract?